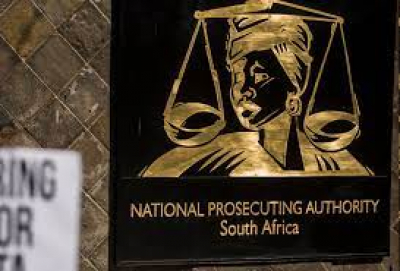 A group of state persecutors have taken to the streets of Pretoria to accuse the National Prosecution Authority (NPA) of racism and discrimination within the institution.

Grievances contained in the memorandum include racism, failure to increase salaries and nepotism among others.

Some of the demands are as follows:

* All district court prosecutors who have served for four years and more be promoted to a Regional Court prosecutor’s salary level.

* Transparency with regards to investigations into reports of corruption by middle-management.

*They demand that staff member Karen van Rensburg be immediately relieved of her duties for compromising investigations against white and Indian colleagues.

This picket comes after NPA management failed to meet with the National Prosecutors under the National Union of Public Service and Allied Workers (NUPSAW) last week Friday, to discuss the allegations.

"We are here at NPA headquarters today to submit a memorandum of grievances in relation to racism, nepotism, favouritism on black prosecutors. Black prosecutors are exploited within the NPA in terms of promotion," said the union's national organiser, Solly Malema.

He added that when black prosecutors speak against racism, they either get suspended or dismissed by the NPA.

By 1PM, no one from the NPA had received the memorandum from the disgruntled prosecutors.

Pretoria News has seen a report commissioned by Director of the National Prosecuting Authority Shamila Batohi where advocate Luvuyo Bono investigated and found that one Indian Eastern Cape Manager was wrong in giving an Indian colleague a supervisory role over her colleagues who were more experienced than her.