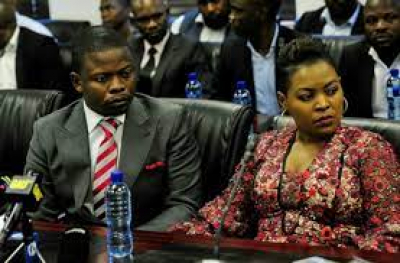 Malawi-born "prophet" Shepherd Bushiri raped women and girls as young as 16, including two sisters; drugged some, bribed them into silence, and threatened others with murder in six years of jaw-dropping sexual violence, prosecutors have alleged.

The  Mail and Guardian has exclusively sourced court records of the extradition request South Africa has sent to Malawi detailing crimes allegedly committed by Bushiri — leader of one of the most popular and richest churches on the continent, Enlightened Christian Gathering (ECG) — and his wife, Mary.

The eight counts of rape, dating back to 2016, have been added to charges of fraud, money-laundering, jumping bail and contravention of the foreign currency act that Bushiri was already facing before his escape in November last year.

All the new cases allegedly took place in and around Pretoria — particularly at the Sheraton Hotel — and involve women who allege the rich prophet enticed them into hotels after befriending them and their families at church with offers of special prayers and gifts of cash.

Some of the women later were involved in what could appear to be consensual sexual relations, after Bushiri promised to marry at least one of them. But the majority, particularly those who were very young, were threatened with death by Bushiri or his bodyguards, the victims claim. One of the victims allegedly fell pregnant by Bushiri but was forced to terminate the pregnancy.

The indictment paints a picture of how the ECG church was used as a recruitment service for Bushiri through his network of "sons" and "prophets". They would eavesdrop, record and engage in subtle conversations with churchgoers to collect information later used by Bushiri to lure women into sexual relations.

According to the dozens of pages the M&G has seen, the targets included young girls between the ages of 16 and their mid-twenties.

According to the records, Bushiri promised to marry one of the women he raped between May 2015 and June 2016. He allegedly paid her parents substantial sums of money.

Another woman alleges that between June and July 2015, she was raped by Bushiri in his hotel room after "the prophet" took pictures of her in her underwear and in naked poses. He allegedly handed her cash.

Another victim alleges she was invited into Bushiri’s hotel room and given a drink that made her dizzy. She fell to the floor and, she alleges, Bushiri then took her clothes off and raped her. Another victim was allegedly impregnated and given cash to register a construction company.

The Bushiris’ extradition trial is expected to start in earnest in Malawi courts next week after chief resident magistrate Patrick Chirwa refused to recuse himself. Bushiri’s lawyers had objected to his handling of the case, citing possible bias because of the magistrate’s involvement in issuing the warrant of arrest police used to arrest the Bushiris.