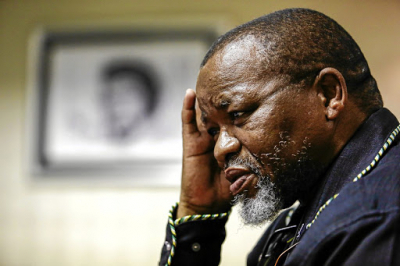 Mantashe revealed this when he was testifying at the commission while being led by evidence leader Advocate Viwe Notshe.

He was being asked if he knew Watson, whose employee Papa Leshabane undertook to pay the cost for installation of security cameras at his three properties in Gauteng and Eastern Cape.

"I know Gavin. We crossed wires earlier in my life as a trade unionist when he wanted contracts in mines and we had to fight when he was bribing shop stewards and I said ‘No, No, we are not to agree to this".

"He was catering in many hostels. We fought in many of the hostels with him," Mantashe said.

Former Bosasa COO Angelo Agrizzi previously testified that Bosasa targeted certain people regarded as influential such as ministers and did favours for them.

He had told the commission that they did some security installations in Mantashe’s properties in his Boksburg home and two properties in Cala in the Eastern Cape, including his farm.

But, Mantashe is disputing Agrizzi’s version saying there were two attempted break-ins in his Boksburg property.

He said he had tasked his security adviser Mzonke Nyakaza to install security cameras but Leshabane, whom he knew as a friend and family friend offered to do the installation free of charge.

Mantashe said Nyakaza bought the cameras to instal in his property and Leshabane arrived and they had discussions.

He also said when the Boksburg installation was a success in 2013, they were extended to the Eastern Cape properties in 2016.

Mantashe denied doing any favours for Bosasa and said he had no influence over the work of ministers.

He also said he did not remember ever meeting Agrizzi.

Mantashe added that he never discussed any business of Bosasa with its boss, the late Gavin Watson.