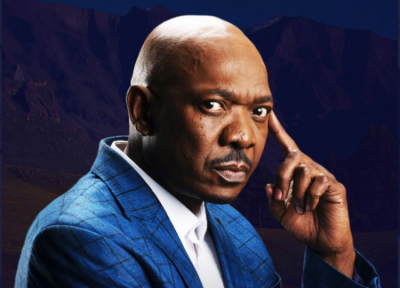 Menzi Ngubane was a South African actor best known for his role as Sibusiso Dlomo, or Ngamla, on Generations.

In 1987, Menzi showcased his talent to South Africa in the local television series Kwa Khala Nyonini 1. The second series followed in 1988, making his character Cijimpi a household name.

He also starred in the television series uBambolwami, for which he received an Avanti Award nomination in the category Best Actor in a Drama.

Menzi's television career includes the role of Jerome on the TV series Gaz'lam. He was voted Most Stylish Actor in a drama for Gaz'lam, for which he received an Elle/Sunday Times Magazine Award.

Menzi's acting credits include the 1990 production of Street Sisters, which performed at the National Arts Festival in Grahamstown and at overseas venues.

In 1991 he was involved in a theatre production called A 100-year Celebration of the South African National Anthem, and Komeng, directed by Sello Maake Ka-Ncube.

He was also cast in Seazar, an adaptation of Shakespeare's Caesar, which was staged both locally and in the UK.

Menzi starred in the 2004 movie Country of my Skull alongside Samuel L. Jackson and Juliette Binoche. The movie was written by Antjie Krog and directed by John Boorman and also featured Aletta Bezuidenhout, Lionel Newton and Fiona Ramsey.

In 2008 he won the Star of Mzansi award and the R1-million prize.

In 2014 he was fired from Generations along with 15 other cast members after a wage dispute with the show's creator Mfundi Vundla. He underwent a kidney transplant in the same year.

In 2015 he joined the e.tv telenovela Ashes to Ashes in the role of Detective Nkonzo Mazibuko. He made his debut on Thursday, 9 July.

He joined the e.tv telenovela Gold Diggers later in the same year, as Patrick Gumede's brother Israel. He made his debut on Friday, 30 October.

In 2016 he joined the Mzansi Magic soapie Isibaya, where he played Judas, a ruthless and feared taxi boss from KwaMashu who was introduced along with his family in Season 4.  He remained with the show until early Season 8 when his character was killed off.

In mid-2020 he was supposed to join Season 5 of the Mzansi Magic soapie The Queen in the role of rolling stone Jackal Mkhondo but was unable to because of ill health.

Menzi died in his home of a stroke on 13 March, 2021, following a prolonged battle with kidney disease and diabetes. He was 56.

Twitter
More in this category: « Mantashe says 'Family friend' offered to pay for home security system. Over 60,000 more doses of Johnson & Johnson vaccines arrive in SA. »
back to top