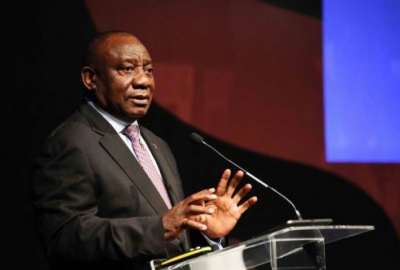 President Cyril Ramaphosa will deliver a national message during the virtual commemoration of Human Rights Day on Sunday.

According to the presidency, Human Rights Month 2021 will be commemorated under the theme "The Year of Charlotte Maxeke: Promoting Human Rights in the Age of Covid-19".

The theme pays tribute to the 150th anniversary of the birth of liberation struggle heroine and human rights campaigner Ms Charlotte Maxeke.

This year's commemoration also coincides with the 25th anniversary of the enactment of the Constitution of the Republic into law.

The constitution is regarded as one of the most progressive and transformative constitutions in the world as it enshrines the rights of all people in South Africa and affirms the democratic values of human dignity, equality and freedom.

Human Rights Day has its origins in the events that unfolded at Sharpeville and at Langa in the Western Cape on 21 March 1960, when apartheid security forces cracked down on peaceful marches that opposed pass laws that had been imposed on black South Africans.

On that day, an anti-pass march at the Sharpeville police station came to a brutal end with the mass killing of peaceful protesters.

Later that day, in Langa, police baton-charged and fired teargas at the gathered protesters, shooting three and injuring several others.

The Sharpeville Massacre, as the event has become known, signalled the start of armed resistance in South Africa and prompted worldwide condemnation of South Africa's apartheid policies.

The objective of the 2021 Human Rights Month is to contribute to the transformation of the nation’s memorialisation project by recognising women who contributed significantly to the nation’s liberation struggle, and bring to the fore the triple challenges of poverty, inequality and unemployment and how these have further disadvantaged the poor in the midst of the Covid-19 pandemic, the presidency said in a statement on Saturday.

This themed month also seeks to place issues of public health at the centre of the human rights agenda and create awareness, through educational programmes, dialogues and public engagements, on the importance of human rights," the statement said.

Ramaphosa’s speech is expected to start at 1pm and will be live streamed on the government's social media platforms and broadcasted on major TV news channels.

Twitter
More in this category: « Covid-19 Daily Update: SA records 1378 new cases with 47 related deaths. Anxiety growing over slow pace of vaccine rollout ahead of expected third wave of Covid-19. »
back to top