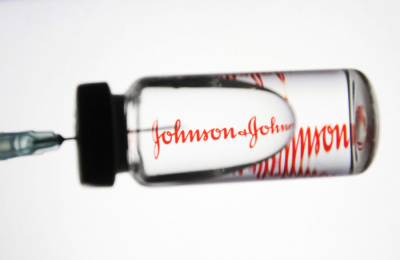 Experts warn that South Africa is heading towards a third Covid-19 wave with no concrete vaccine rollout plan and some way off its target of vaccinating healthcare workers.

Professor Glenda Gray, a co-lead investigator for the Johnson & Johnson (J&J) vaccine trial, told the Sunday Times that 500,000 healthcare workers will likely be vaccinated by the end of April – only a third of the 1.5 million target set by the government.

With fears of a third wave likely to erupt at the end of April, this means most of SA's health-care workers will still be unprotected.

Officials and experts have warned that the Easter holidays in two weeks' time - and the associated religious gatherings - could precipitate the third wave, and are urging people to wear masks and observe the other anti-infection protocols.

This was echoed by Martin Kingston, chair of the steering committee at Business for SA, who said that growing frustration over the slow pace of vaccination was understandable.

He said that South Africa will need to ramp up to 250,000 vaccinations each day over a three- or four-month period to meet its targets – but the country currently does not have the vaccines to do this, despite government deals to secure them.

He said that the country recorded 1,378 new cases, having seen an average of around 1.400 new daily cases over the prior three days.

Discovery Health chief executive Ryan Noach said many deaths could be avoided if vaccine jabs were given to all high-risk groups by midwinter, including people over the age of 60 and people living with multiple co-morbidities, with the balance of the population being vaccinated before the end of the year.

"We are obviously very eager to achieve this. Given that a major challenge is the global shortage of vaccines in the second quarter of the year, we are working our hardest to support the government’s efforts by engaging directly with global manufacturers to free up stock that can be centrally procured," Noach said.

"It is clear vaccine procurement and the rollout at this stage has to be led by the state, with strong support and collaboration from the private sector – we must therefore do everything we can to assist and ensure a successful and rapid rollout."

On Saturday (20 March), the Department of Health announced that a further 70,000 doses of Johnson & Johnson vaccines arrived and are being dispatched over the course of the weekend to the various provinces according to respective allocations.