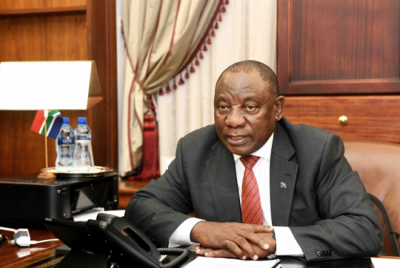 As the 61st anniversary of the Sharpeville Massacre is marked on 21 March 2021, there has been a call for compassion, and a continued fight against injustice and police brutality.

Human Rights Month 2021 is commemorated under the theme "The Year of Charlotte Maxeke: Promoting Human Rights in the Age of Covid-19".

The theme pays tribute to the 150th anniversary of the birth of liberation struggle heroine and human rights campaigner Charlotte Maxeke.

Human Rights Day has its origins in the events that unfolded at Sharpeville and at Langa in the Western Cape on 21 March 1960, when apartheid security forces cracked down on peaceful marches that opposed pass laws that had been imposed on black South Africans.

On that day, an anti-pass march at the Sharpeville police station came to a brutal end with the killing of 69 protesters. Later that day, in Langa, police baton-charged and fired teargas at the gathered protesters, shooting three and injuring several others.

The Sharpeville Massacre, as the event has become known, signalled the start of armed resistance in South Africa and prompted worldwide condemnation of South Africa's apartheid policies.

Twitter
More in this category: « Three people killed in Limpopo truck and minibus crash on R101. Human Rights Day| Ramaphosa aims to build a better SA beyond Covid-19 pandemic. »
back to top