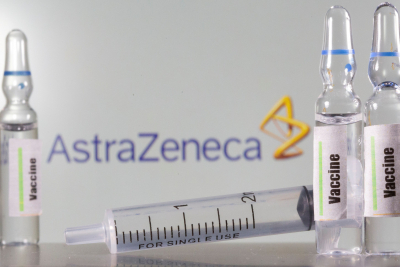 This an increase of 1051 new cases identified and the cumulative total of tests conducted is 9 635 287 with 24 025 tests completed since the last report.

The minister added that the cumulative recoveries today stand at 1 463 089, representing a recovery rate of 95%.

Mkhize has also confirmed the conclusion of the sale of the country’s batch of AstraZeneca vaccine.

South Africa received a million doses of the Astra Zeneca vaccines in February.

But the rollout was halted after a small study showed that it provides minimal protection against mild disease caused by the coronavirus variant first identified in South Africa.

The government then decided to sell it to the African Union.

"In the past weeks the department has had to ensure that all member states identified by the AU vaccine acquisition team as recipients of the vaccines, are compliant and have obtained all regulatory approvals, permits and licenses to roll out the vaccines in their respective countries," Mkhize said on Sunday.

He said government received the full payment week ago.

"The AU and South African teams then ensured that all logistical arrangements are in place for the shipment of the vaccines.

"The minister is pleased to announce that the first batch of vaccines that is being delivered will benefit 9 member states. The balance will be collected this week to be delivered to 5 other countries."

However, several European countries have temporarily stopped the rollout of the vaccine as a precautionary measure after a small number of people developed blood clots after getting the shot.

Twitter
More in this category: « Human Rights Day| Ramaphosa aims to build a better SA beyond Covid-19 pandemic. Ramaphosa| We are making our electricity system more efficient and competitive. »
back to top