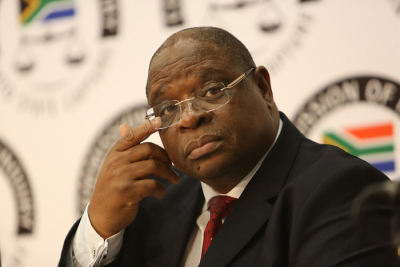 The civil rights organisation AfriForum said it had filed a formal application to the State Capture Commission of Inquiry to cross examine President Cyril Ramaphosa about  the ANC’s cadre deployment policy.

In a statement on Monday, the organisation said it also requested to be given the opportunity to make submissions in this regard and also to cross-examine the president.

"The application stems from the fact that Ramaphosa was chairperson of the ANC’s cadre deployment committee. During this time, several individuals who today are accused of corruption and state capture were appointed to key positions on the ground of their loyalty to the ANC," Afriforum said.

Ramaphosa was the chair of the ANC’s committee on cadre deployment from 2013 to 2016.

"During this time, several individuals accused today of corruption and coup d’etat were appointed to key positions on the basis of their loyalty to the ANC," said Afriforum.

"The ANC is outspoken about its approach that loyalty to the party is a determining factor when it comes to appointments to key positions in the government."

"It apparently carries even more weight than merit and the ability to do the job, added the civil rights group."

Head of Policy and Action, Ernst Roets, said the ANC’s cadre deployment policy is probably the most important contributing factor to corruption and state capture.

However, what is mysterious about this is exactly what this committee’s do and do not do, as well as which individuals have been appointed to key positions based on their loyalty to the party," Roets.

Roets said the individuals in their sights include Brian Molefe, Dudu Myeni, Pravin Gordhan, Lucky Montana, and Jeff Radebe, among others.

Twitter
More in this category: « Livestream: Lynne Brown back at the state capture inquiry. Government wants to turn Port St Johns into a major coastal city. »
back to top