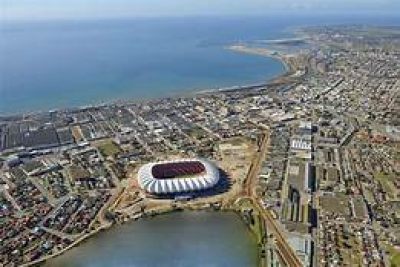 In a town hall meeting broadcast on Monday evening (22 March), mayor Nqaba Bhanga said that the submission would also object to Uitenhage’s name change to Kariega.

Bhanga said that the name changes received more than 66,000 complaints, and the submission will argue that the changes did not receive a satisfactory public participation process.

Less than 400 people attended the eight public participation meetings for the name changes, which opponents argue is not representative of the area’s 1.4 million inhabitants.

However, the submission does not object to the idea of a name change.

Instead, there are concerns over the Gqeberha name itself and whether it culturally relevant to the area as opposed to other names which have historically been associated with the area.

Commenters indicated that a name change to ‘Nelson Mandela City’ might be a better fit – both for tourism purposes and because of the historical significance of the former president to the area.

In February, Mthethwa announced a number of name changes in the Eastern Cape which he indicated were for transformation purposes.

The minister said that the transformation of the naming landscape in South Africa is ‘a critical component of the heritage landscape as a whole’.

"There was a need for the name changes as this is part of a government programme to transform South Africa’s heritage landscape. The names of places we live in reflect the identity and cultural heritage of the people of South Africa," he said.

Mthetwa said that prior to the changes, the Provincial Geographical Names Committee conducted public consultations on all the names that were changed.

"The South African Geographical Names Act provides for objections within 30 days from members of the public in instances that they are not happy with the gazette name changes," he said.

Twitter
More in this category: « Government workers demand an 80% increase in their minimum wage. Japan hands over water training centre to South Africa. »
back to top