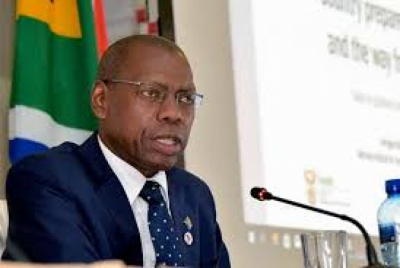 Minister of Health Dr Zweli Mkhize said in a statement that the cumulative number of COVID-19 cases for South Africa now stands at 1 538 961.

This is an increase of 510 new cases identified and the cumulative total of tests conducted is 9 665 664 with 16 445 tests completed since the last report.

The minister added that the cumulative recoveries today stand at 1 465 204, representing a recovery rate of 95%.

Vaccination Rollout:
The number of health care workers vaccinated under the Sisonke Protocol as at 18.30 today is 194 257.

Meanwhile the number of new Covid-19 cases in South Africa is increasing by 2% week-on-week, with cluster outbreaks being reported in the Eastern Cape and Northern Cape, says senior researcher at Council for Scientific and Industrial Research (CSIR),Dr Ridhwaan Suliman.

Suliman told radio station Jacaranda that the number of positive cases started to rise two weeks after the government moved the country down to level 1 of the lockdown. He said that the return of schools has also likely contributed to the increase.

"The flat-lining and slight increase in confirmed cases and positivity rates nationally are not drastic, we have seen 2% increase week-on-week over the least two weeks, but the change in trajectory is noticeable and it is driven by local cluster outbreaks in certain regions.

"We do need to try and get on top of those cluster outbreaks and manage those before the spread gets even further."

Suliman said the number of new cases has stabilised in Gauteng, the Free State, Mpumalanga, the North West and the Western Cape, while KwaZulu-Natal and Limpopo are still seeing a decline.

However, he warned of concerns over the upcoming Easter weekend and super-spreader events.

"The concern is with Easter holidays that there might be an increase in movement which can increase spread of the virus and also cCovid-19 fatigue with people becoming less compliant can be a concern," he said.

The Western Cape and Gauteng provincial government have both warned that the public need to be vigilant in the coming weeks, especially as religious and other holidays over the next month result in gatherings of friends and family.

Western Cape minister of Health Dr Nomafrench Mbombo said that while the number of active cases in the Western Cape remains low, the number of infections and admissions are starting to plateau after a significant decline.

Gauteng’s Dr Mary Kawonga said that while the country exited its second Covid-19 wave about five weeks ago, transmission in a number of areas is still ongoing.

Twitter
More in this category: « A Collaborative Approach to the Future of Water In SA. Global travel bans on South Africa extended due to ongoing Covid-19 concerns. »
back to top