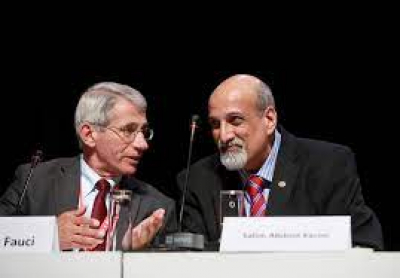 A News24 report said the national command council (NCC) was advised last week in a MAC advisory to restrict gatherings to 50, impose a 10pm curfew and revert to selling alcohol only from Mondays to Thursdays, 10am to 6pm.

According to the report, the NCC was expected to meet on Thursday.

President Cyril Ramaphosa's acting spokesperson, Tyrone Seale, said on Wednesday: "The national coronavirus command council and the cabinet are continuously monitoring developments in the pandemic and in the economy, and consult with different stakeholders in society as part of decision-making. Such decisions are communicated by government as and when they are taken."

Under alert level 1, the hours of curfew have been reduced from midnight to 4am, and public gatherings — including social, political and religious — are permitted, but restricted to 100 people for indoor gatherings and 250 for outdoor events.

The sale of alcohol both for on and off-site consumption is permitted during normal pre-lockdown trading hours.

"I don’t know if we will have a third wave after Easter. But I don't want to wait to find out. I would rather take the precautions and reduce our chances of a third wave.

"I think if we did those activities we would reduce the risk of superspreading events like what happened with the second wave which hit us badly because of such events.

The number of health care workers vaccinated under the Sisonke Protocol as at 18.30 today is 194 257.