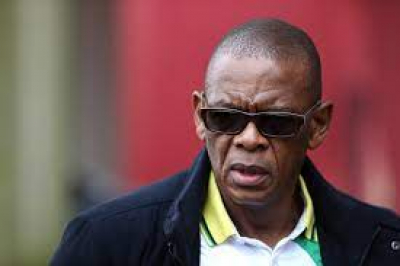 A group in the ANC calling itself the Radical Economic Transformation (RET) committee is engaged in an early campaign for secretary-general Ace Magashule to be elected the next president of the ANC at its 2022 elective conference.

This is the opinion of ANC national executive committee (NEC) member Derek Hanekom, who on Wednesday said the RET faction, which supports Magashule and former president Jacob Zuma, was evidently operating from the office of the secretary-general in Luthuli House.

"So, it seems like an early campaign but by the way it is conducted at the moment certainly resembles something like an organisation trying to assume an independent form that claims itself to have the right to articulate whatever decisions it wants to articulate, but does so in the name of the ANC and evidently operates from the offices of the secretary-general in Luthuli House."

Hanekom slammed the RET faction for engaging in factional behaviour, saying "we are not in the business of discussing who our preferred candidates are".

He said the ANC had pressing issues to deal with and should not be distracted by internal party contests for leadership positions.

"But we also know that the secretary-general almost immediately after the Nasrec conference [in 2017] said we will see you in five years’ time. And so we know that there is such a campaign. People may campaign, promote and support individuals who they believe will be best suited to occupy certain positions in the ANC. But it’s the way they conduct their campaigns that is a matter of concern to us who are the elected leaders of the ANC."

Hanekom said he agreed with fellow NEC member Joel Netshitenzhe’s recent views that Magashule was seemingly part of a wider campaign to undermine the ANC’s structures.

Netshitenzhe, in an opinion piece for the Daily Maverick on Monday, said the secretary general was starting to "stick out like a sore thumb among his peers and across the movement" over his public stance to distance himself from decisions taken by the ANC’s top six leaders.

"I not only agree with the article but I think it’s a good piece of work describing the situation in our country and the kinds of threats to our democracy and some of the contradictions that we have to deal with not only as ANC members but outside the ANC as well because the threats go far beyond the internal threats in the ANC," Hanekom said.

The Radical Economic Transformation (RET) faction has announced that it is holding meetings; and one of its leaders, incidentally, working in the secretary-general’s office, has released a "basic document" that calls for "a return of the ANC to its socialist ideological orientation", whatever this means, under current global and domestic conditions.