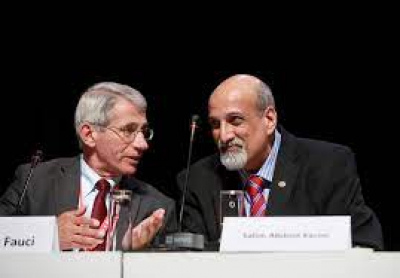 Epidemiologist Professor Salim Abdool Karim has announced that he will be returning to his academic commitments after his term as co-chair of the Covid-19 ministerial advisory committee (MAC) comes to an end.

"It has been a singular honour to serve on the MAC alongside exceptional colleagues. After exactly 1 year, the time has come for me to return to my academic commitments. As I leave to refocus on HIV research, I know full well that advice on our Covid-19 response is in safe hands," Karim said.

"From April I will be re-focusing on my HIV research, especially on broadly neutralising antibodies for HIV prevention which is at a critical stage but have slowed as I have not been able to devote time and effort to it, " he said.

During the first frightening weeks of the hard lockdown last year, Karim helped millions understand what lay ahead. A heroic service in itself, quite apart from his influence on life-saving policies.

The advisory committee has been providing recommendations on managing cases of Covid-19 in the health system, interventions to control the spread of the disease, communication strategies, the research agenda and the impact of the disease on the country’s economy.

Meanwhile the health ministry has announced  that professor Koleka Mlisana will take over from professor Salim Abdool Karim as co-chair of the ministerial advisory committee on COVID-19.

Mlisana was already a member of the advisory committee and is also executive manager of academic affairs, research and quality assurance at the national health laboratory service.

Health Minister Zweli Mkhize said: "He has every confidence in Prof Mlisana’s expertise and skill and is grateful that there will be good preservation of institutional knowledge, ensuring continuity in the leadership of this highly influential body- the MAC on COVID-19. We wish Prof Mlisana all the very best and assure her of our support as a department and as government."