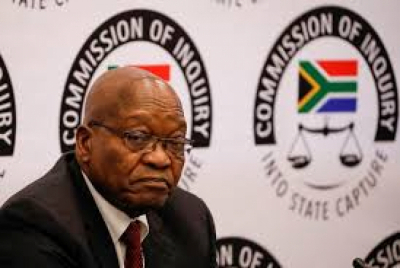 There is no other appropriate remedy but to jail former president Jacob Zuma for his "malicious" behaviour and defiance of a Constitutional Court order, the apex court has heard.

The court on Thursday heard an application brought by the state capture commission to have Zuma found guilty of contempt and jailed for two years for defying the order that he must appear before deputy chief justice Raymond Zondo to answer questions and file affidavits giving his side of the story.

Despite the order from the highest court, Zuma did not appear at the commission in February to give evidence as he was summonsed to do. Nor did he participate in the hearing on Thursday or submit court papers to argue why he should not be held in contempt.

The commission’s counsel Tembeka Ngcukaitobi SC said although Zuma had spoken of an imminent judicial crisis, there was none: "Our constitutional system provides an answer to what has transpired, even though it is unprecedented."

The law provided that those who wilfully and in bad faith did not comply with court orders, were held in contempt, he said. "His status as former president does not protect him from the law."

Ngcukaitobi said he and junior counsel Janice Bleazard had gone through contempt cases and had found none where the facts were comparable to this one. In December, when he had argued that the ConCourt should order Zuma to abide by the commission’s summons, he had said to the court that it would be “unthinkable” that a former head of state would defy an order of the highest court.

He said there were "strong reasons" why Zuma should be imprisoned. His conduct "threatens the entire constitutional order" and must be seen for what it is: "a cynical manoeuvre to avoid accountability".

Ngcukaitobi said the commission was no longer seeking his appearance before it. "We ask for his punishment." If the court were to make a suspended order, there was a risk of a "spectacle" where Zuma could continue to "run rings around the commission" and it would descend into a circus, he said.

If a custodial sentence were to be suspended for 30 days to allow Zuma a last chance to appear, it would simply enable the abuse of the Constitutional Court to continue for 30 days, Ngcukaitobi said.

Twitter
More in this category: « South Africa's Covid-19 phase 2 vaccine rollout to start in May 2021. New power projects to inject R45 billion and create over 17,000 jobs. »
back to top