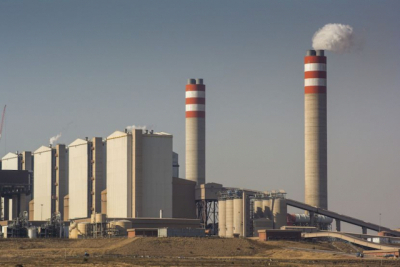 President Cyril Ramaphosa’s cabinet has welcomed the announcement of eight energy projects as part of the independent power programme, which it says will inject billions of rands into the local economy and help stabilise the country’s power supply.

In a media briefing on Thursday (25 March) acting minister in the Presidency Khumbudzo Ntshavheni said that the cabinet was aware of the negative socio-economic impact, disruption and inconvenience caused by load shedding.

"Every effort is being made to resolve current energy challenges and bring new power generation capacity online in the shortest possible time, which is fundamental to South Africa’s economic recovery," Ntshavheni said.

At the same time, government continues to support concerted efforts to stabilise Eskom and set it on a sustainable growth path."

Ntshavheni said that cabinet has now welcomed the announcement by energy minister Gwede Mantashe of eight preferred bidders to provide an additional 2,000 megawatts of emergency electricity that will help support the national grid over the short-term.

The preferred bidders from the Independent Power Producer Programme are expected to source energy from solar, wind, liquefied natural gas and battery storage. The first connections to the grid are set for August 2022, she said.

The eight projects will inject R45 billion into the economy, with an average local content of 50% and create some 3,800 job opportunities during construction.

"A further 13,500 job opportunities will be created during the 20-year purchase power agreement term," Ntshavheni said.

She added that the government was working on strategic interventions for the electricity system will fundamentally improve the country’s power-generation capacity.

The Risk Mitigation Independent Power Producer Procurement Programme (RMIPPPP)  was released to the market in August 2020 with aim of alleviating the country’s electricity supply constraints and to reduce the extensive utilisation of diesel-based peaking electrical generators in the medium-to-long-term.

The bid submission closed on 22 December 2020 and attracted a total of 28 bid responses with a potential contracted capacity of approximately 5,117MW, said Mantashe in a statement last week.

Mantashe said that the quantity and quality of the bid responses and potential megawatt of contracted capacity allowed for a competitive price evaluation.

"The three eligible bids are subject to value for money proposition in line with the provisions in the request for proposal.

"It is important to note that these three bidders are within the 2,000MW capacity threshold in terms of the evaluation rankings, but their announcement can only be made following satisfactory value for money propositions."

Twitter
More in this category: « ConCourt reserves judgment against Zuma for failing to appear before the commission. Livestream: State Capture Inquiry, SARS-related testimony, Part 2. »
back to top