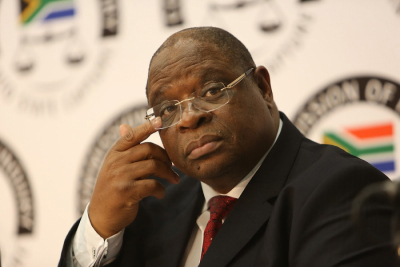 "Not only was disrespect shown to some of the people in the hearing, but also to the commission and to me as the chairperson," he said.

Mpofu was representing former Sars commissioner Tom Moyane during his cross-examination of Gordhan.

The minister implicated Moyane in allegations of state capture when he gave evidence to the inquiry in November 2018.

Le Roux asked Gordhan to tell Zondo how it felt to be called "racist" by Moyane and his legal team. Mpofu then objected after Gordhan asked to make a brief comment, before Le Roux interrupted him.

Mpofu pointed out to Zondo he still "had the floor" and said Le Roux must "shut up".

"Chair, I’m on the floor. Really, I can’t stand this kind of behaviour. This cannot be happening for the third time. Miss Le Roux must shut up when I am speaking. You too, Mr Gordhan," Mpofu said.

Zondo said the incident, though not unique, was worth highlighting.

Twitter
More in this category: « New power projects to inject R45 billion and create over 17,000 jobs. Boulders Mall manager suspended after row over Ndebele traditional attire. »
back to top