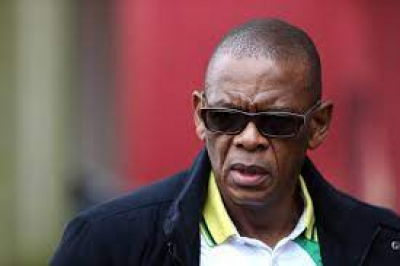 With municipal elections planned for some time in 2021, and an ANC elective conference coming in 2022, investors have raised concerns that the political landscape could be shifting underneath the feet of president Cyril Ramaphosa, and that more radical, nationalist elements within the ruling party are mobilising to take control.

This was highlighted in a column by African National Congress (ANC) National Executive Committee (NEC) member Joel Netshitenzhe this week, where he laid out concerns around a 'radical economic transformation' (RET) faction within the party, allegedly emerging from the office of secretary general, Ace Magashule.

The ANC holds arguably one of its most important national executive committee (NEC) meetings this weekend.

The meeting is expected to look at the highly contested "step aside" issue as the party’s integrity commission is expected to present its report dating back to 2018.

This comes after the ANC NEC, its highest decision-making body between conferences, adopted the "step aside" guidelines, which make it clear that those who face criminal charges in court must immediately resign from their positions and present themselves to the party’s integrity commission.

The guidelines also say that should the affected member fail to voluntarily step aside, based on the seriousness of the charges, disciplinary processes must then commence and the member be summarily suspended.

The ANC in the Eastern Cape has already started implementing the step-aside resolution and it called for a faction - known as the "radical economic transformation committee" and for backing Magashule and former president Jacob Zuma - to be discussed this weekend. The party’s Eastern Cape grouping said the RET committee was an organisation within the ANC that would probably contest it for power at some point.

There are at least 10 integrity commission reports that are expected to be part of a heated debate at the meeting.

These reports include one on Magashule, leaked in December, in which the integrity commission recommended that he immediately step down from his position, pending finalisation of his court case where he is facing allegations of corruption.

The other one is on president Cyril Ramaphosa about the use of money for individual campaigns for leadership positions.

The meeting is also expected to discuss the role of a grouping calling itself the radical economic transformation (RET) that has become a thorn in Ramaphosa’s side.

ANC NEC member Enoch Godongwana on Wednesday told Talk Radio 702 that the RET was not a recognised party structure, and that members of such a grouping were ill-disciplined.

"We don’t have an organisation inside the ANC which has been approved by the national executive of the ANC as a radically economic grouping. Any such grouping, and purporting to having a structure within the ANC, is unconstitutional and therefore committing a misconduct," Godongwana said.

Divisions have continued to plague the governing party, with NEC member Fikile Mbalula also at the end of numerous public tiffs, which saw him getting into hot water with the likes of Nkosazana Dlamini-Zuma and Lindiwe Sisulu.

Meanwhile ANC national spokesperson Pule Mabe in a statement said this was an ordinary sitting of the NEC, with a range of issues including COVID -19, the local government elections and terms for integrity commission’s reports being on the agenda.

The meeting kicks off on Friday and will wrap up on Sunday.

Twitter
More in this category: « Bail granted to 4 cops arrested for Mthokozisi Ntumba's murder. Lindiwe Zulu emphasizes the importance of protecting children rights. »
back to top