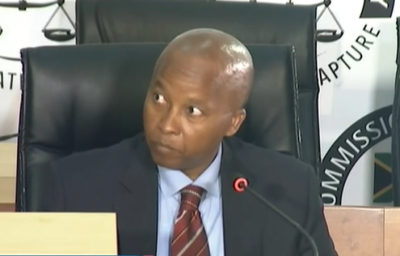 Jafta's axing comes a few months after he gave evidence at the state capture commission on the looting at SSA.

State Security Minister Ayanda Dlodlo had tried to block him from giving evidence, but her bid failed.

This came after Deputy Chief Justice Raymond Zondo had rejected the minister's application.

He was appointed to the position after the departure of former DG Arthur Fraser to the department of correctional services in April 2018.

When appointing Jafta, the security ministry listed his career achievements:

SSA spokesperson Mava Scott could not be reached for comment.

Twitter
More in this category: « Francois Rodgers elected as the new DA KZN Provincial Leader. Outpouring condolences for Busisiwe Mkhwebane after mom passes away. »
back to top