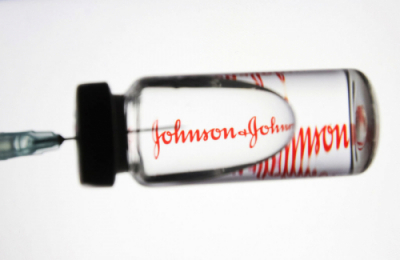 Minister of Health Dr Zweli Mkhize said in a statement that the cumulative number of COVID-19 cases for South Africa is 1 545 431.

This is an increase of 965 new cases identified and the cumulative total of tests conducted is 9 803 871 with 24 256 tests completed since the last report.

The minister added that the cumulative recoveries today stand at 1 471 899, representing a recovery rate of 95%.

South Africa plans to administer coronavirus vaccines to up to 200,000 people a day beginning around May, said Mkhize.

According to the report, more than 2,000 vaccination sites will be set up. The plan is based on the expected arrival of the first batch of 2.8 million Johnson & Johnson vaccine doses at the end of April, the newspaper said

The Health Ministry did not respond to telephone calls and text messages from Reuters seeking comment.

South Africa has been the hardest hit nation on the continent by COVID-19. It has recorded both the highest number of cases in Africa - more than 1.5 million - and of deaths, with more than 50,000 fatalities.

The vaccination rollout has been slow, with only 231,605 people, mainly frontline health workers, inoculated so far. The government plans to vaccinate 40 million people, or two-thirds of the population.

After pausing the rollout of the AstraZeneca vaccine in February, South Africa started inoculating healthcare workers with Johnson & Johnson shots.

The government previously said it had secured 20 million doses of the two-dose Pfizer-BioNTech vaccine in bilateral negotiations, with deliveries ramping up from the second quarter of the year.