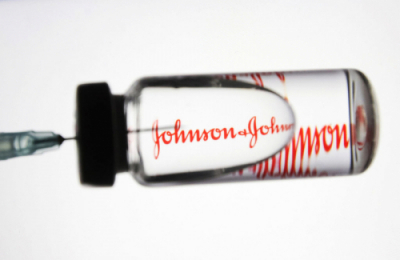 President Cyril Ramaphosa has announced that South Africa will produce 30 million Johnson & Johnson Covid-19 vaccines for use in the country.

In a media briefing on Monday (29 March), the president said that the vaccines will be manufactured by Aspen Pharmacare at its factory in Gqeberha in the Eastern Cape with production already underway.

Ramaphosa also acknowledged that the country had fallen behind on the plans for its original rollout after it scrapped plans to use the Oxford AstraZeneca vaccines.

"From here on we are going to catch up on lost time, momentum is going to pick up, and we should be able to meet the targets we have spoken about. This is the beginning of a new era and phase of the rollout of the vaccines and the saving of our people."

Ramaphosa said that the slow pace of the country’s rollout can be attributed to the lack of availability of vaccines globally, a problem that is not unique to South Africa.

"We acquired vaccines initially from India, and through scientific processes, we found that they were not efficacious on the variant we have had. We were the very first in the world to use the Johnson and Johnson vaccines and they are being used to vaccine our healthcare workers."

Ramaphosa said that similar availability problems are being experienced in Europe, Japan and a number of African countries.

"We need to look at the issue of availability and the efforts we are now embarking on. Parts of the reason we are coming here (to Aspen) is to confirm that we are going to get our 30 million vaccines from Johnson & Johnson."

The Aspen plant will produce 250 million doses total, 220 million of which will go into Africa.

Ramaphosa said that restrictions ahead of a potential third Covid-19 wave for the country are being finalised by the National Coronavirus Command Council (NCCC).

The president said that the council will meet on Tuesday (30 March), with discussions also set to take place at a provincial level.

He said that these discussions will inform the level of restrictions, which will also be based on how well citizens are adhering to the current adjusted level 1 restrictions.

Twitter
More in this category: « Municipalities urged to find solutions to root causes of violent protests. Nathi Mthethwa orders a probe into mismanagement of NAC funds. »
back to top