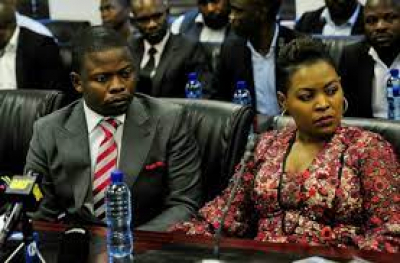 Magistrate Court in Lilongwe has ruled that Prophet Shepherrd Bushiri’s South African accusers should come to Malawi to testify as part of authenticating their sworn affidavits.

Bushiri had asked the court to let his South African accusers appear before Malawi courts to be cross-examined by the defence.

Malawi government was refusing to have Prophet Bushiri accusers in South Africa to appear before Lilongwe Magistrate Court to authenticate evidence contained in the extradition request.

Bushiri’s lawyer, Wapona Kita, argued before the court that, according to Section 9 of the Extradition Act, witnesses are supposed to be paraded for authentication of evidence contained in the extradition request.

Director of Public Prosecution (DPP) Steve Kayuni alleged that if it brings witnesses and evidence it would be violating the rights of the Bushiri’s by subjecting them to two trials – even though the Bushiri’s want the state to prove the witnesses exist and the evidence is sufficient.

He further argued that the affidavits sent by South Africa should be treated as evidence and the court must not accept witnesses to be called or the evidence against the Bushiri’s to be tested.

Kita, however, slapped Kayuni arguing that the State cannot rely solely on what is stated in the extradition request, without checking the authenticity of the information of if at all the evidence is sufficient or verified.

"The reasoning was that the state must not rely on evidence it has not seen or authenticated while pursuing an extradition. The Extradition Act itself in section 9 is clear that and how evidence must be received. It said the court has same jurisdictions as a preliminary enquiry and the hearing cannot deviate from that," he said.

Meanwhile Bushiri on Monday announced the passing of his and wife Mary's first-born child, Israella Bushiri.

Bushiri took to his social media pages to announce the news, revealing that the little girl had been treated at a hospital in Kenya.

In a post published on 18 March, Bushiri revealed she was admitted to ICU with a lung infection.

In the statement, Bushiri implied that South African authorities had a hand in her death. He said her doctor "highlighted that if she had not been blocked at the airport the first time she needed to travel to Kenya for medical assistance, she wouldn’t have passed on".

"It is very disheartening and sad, therefore, that my daughter has become a victim of the persecutions that we are facing from South Africa."

The Bushiri's are currently in their home country of Malawi, where they have been for some months after fleeing South Africa illegally while out on bail for a fraud and money laundering case.