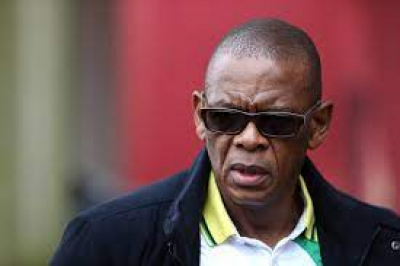 The African National Congress (ANC) President Cyril Ramaphosa has announced that all members facing criminal charges in the ruling party must step aside within 30 days or face suspension.

This is after the National Executive Committee (NEC), the ANC’s highest decision-making body in between conferences met virtually at the weekend discussing a number of matters relating to the party.

In his closing address to the ANC’ NEC, Ramaphosa confirmed that members facing criminal charges before a court of law must step aside from their positions and present themselves to the party’s integrity commission.

"All members who have been charged with corruption or other serious crimes must step aside within 30 days, failing which they should be suspended in terms of Rule 25.70 of the ANC Constitution.

"The meeting emphasised that the 30 day period will be to enable the implementation of the decision in line with the guidelines, not to review the decision," he said.

He said their decision was in line with resolutions taken at its  54th National Conference on ANC Credibility and Integrity, as well as decisions of NEC meetings on 28-30 August and 6-9 December 2020 on the implementation of these resolutions.

The guidelines will see ANC secretary-general Ace Magashule and others facing criminal charges being asked to vacate their positions in 30 days.

The Secretary General’s Office will work with the provinces to identify all people affected and inform them of the decision. The NEC welcomed the decision by the ANC Secretary General Cde Ace Magashule to use this time to seek the counsel of past leaders of our movement.

He further addressed matters of Radical Economic Transformation (RET) within the party.

"The meeting agreed that no ANC member should associate themselves with or be involved in the so-called 'RET Forces'. The NEC will not allow any member of the ANC staff to use the resources and premises of the ANC to hold meetings of the RET or any other faction," he said.

In terms of Rule 25.9 of the ANC Constitution on ‘Institution of disciplinary proceedings’, the NEC directs the Presenter of the ANC to investigate these matters and, if deemed necessary, immediately formulate charges for the attention of the National Disciplinary Committee," Ramaphosa said.

"The NEC expressed concern at the use of the name of Umkhonto we Sizwe to promote factionalism in the ANC and engage in acts of social instability. The meeting warned against utterances or actions that bring the proud history and noble legacy of Umkhonto we Sizwe into disrepute.

"The meeting urged the implementation of conference resolution to urgently convene a Conference to form a united structure of all MK military veterans," he added.