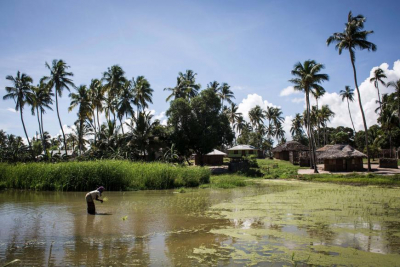 The South African High Commission in Maputo on Monday said it has accounted for the 43 South Africans affected by the recent attacks in northern Mozambique.

Meanwhile, Department of International Relations and Cooperation (DIRCO) Minister, Naledi Pandor, has expressed her deepest condolences to the family of a South African man, Adrian Nel, who lost his life in the attack.

According to DIRCO, the accounted citizens were in the area known as Afungi.

"These include the two men who fled into the bush during the attacks on the Amarula Hotel convoy on 26 March and a young South African who hid away and was found by search and rescue helicopters.

"Some of these nationals are already back home whilst others have been moved to safe areas within Mozambique," said the department.

Northern Mozambique has been affected by a bloody violence since 2017. The conflict intensified on Friday after a group of suspected terrorists stormed into the town of Palma, targeting shops, banks and a military barracks, according to media reports. The incident has left dozens dead while about 60 people are believed to be still missing.

The High Commission said it remains “seized” with a track-and-trace process to determine whether there are any more South Africans who may have been affected.

Pandor has since commended staff at the High Commission for their prompt efforts at reaching out to fellow South Africans in distress.

"I urge our Mission and the officials including the Ambassador to continue to do all they can to provide assistance to our citizens and any to citizen of Mozambique who may be in need of help."

She said South Africa will continue to lend a helping hand to the southern African nation.

Twitter
More in this category: « City Mayors and the transport unions call for a reliable operational subsidy. SAHPRA maintains it has not approved Ivermectin for Covid-19 treatment. »
back to top