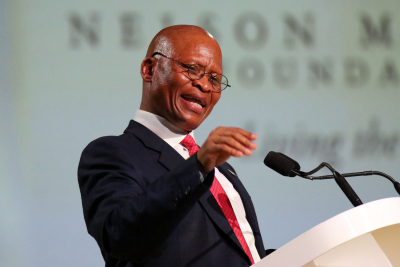 Chief Justice Mogoeng Mogoeng, who is under immense pressure to withdraw and apologise for pro-Israel remarks he made during a webinar hosted by the Jerusalem Post in June last year, has resigned as chancellor of the University of KwaZulu-Natal (UKZN).

There has been no reason given for the sudden resignation, which comes when the Chief Justice is appealing a ruling of the Judicial Conduct Committee which ordered him to apologise for the pro-Israel remarks, which were seen to be insensitive to the suffering of the people of Palestine.

Announcing the resignation of Mogoeng Mogoeng, the university said he performed all his duties, which included conferring academic degrees, diplomas and certificates during graduation ceremonies, and his last in-person graduation was in 2019.

"Chief Justice Mogoeng has, however, advised the chair of the council and the vice-chancellor of his withdrawal from the position," the university said in a statement.

The Durban university said the vacant position of chancellor would be held by Professor Nana Poku, the current vice-chancellor. This would happen while the university engages in processes to elect a new chancellor by June this year.

Mogoeng was meant to occupy the term for four years, he was the third chancellor of the university. He succeeded the current health minister Zweli Mkhize.

The unfazed Mogoeng is currently appealing the March 4, 2021 ruling of the Judicial Conduct Committee.

Twitter
More in this category: « South Africans urged to be cautious and adhere to COVID-19 regulations over Easter weekend. Johnson & Johnson Covid-19 vaccine approved for general use in SA. »
back to top