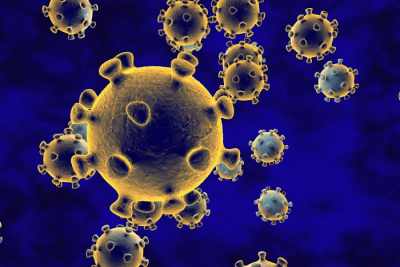 The minister added that the cumulative recoveries today stand at 1 476 605, representing a recovery rate of 95%.

Meanwhile Health economist Professor Alex van den Heever says there is no sign of a third wave in South Africa at this point.

Van den Heever, who was speaking on SABC’s Morning Live programme, said the issue now was really how we prevent certain high-risk super-spreading periods from driving another wave of coronavirus infections.

According to the latest data from the National Institute for Communicable Diseases (NICD), positivity rates were still below 5% and there were no signs of increased rates of infection in 50 of the 52 districts of the country.

Van den Heever said: "There is still a large population that is susceptible to infection, which means we can have serious waves coming forward, but it is largely waves being driven by super-spreading events. That’s clearly what happened in November and December, and therefore there is that risk now."

"So the issue is to prevent these super-spreading periods from driving another wave and I think that’s where the caution is going to lie. But there’s no sign of a third wave at this point, and it is entirely driven by human behaviour."he said.

Twitter
More in this category: « UK reports 7 deaths of patients who developed blood clots after AstraZeneca vaccine jab. The first Premier of KwaZulu-Natal, Frank Mdlalose succumbs to Covid-19. »
back to top