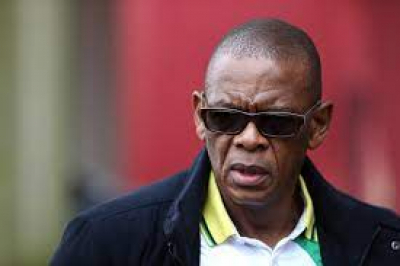 Factions within the African National Congress (ANC) are reportedly planning protests across the country, promising a series of national shutdowns over the party’s National Executive Committee (NEC) ruling that Ace Magashule – and those charged with serious crimes – step aside.

According to circulars being distributed by the so-called ‘Radical Economic Transformation’ (RET) faction, seen by the City Press, these elements within the ANC are targeting shutdowns in metros, national roads, access to business hubs, and even taking the protests action into the suburbs.

The moves are expected to start this coming week, to coincide with the 30 days that Magashule and others have been granted to step aside, the paper said.

The mobilisation of the RET faction would ostensibly go against the resolutions of the ANC NEC, where president Cyril Ramaphosa last week (30 March) made it clear that the faction was not welcome, and effectively banned members from using party resources to run a parallel body that was not recognised by the ANC.

Ramaphosa warned against the creation of factions within the ANC, including the RET, saying that it "undermined the ideological and organisational integrity of the party."

The RET faction is seen as a grouping within the ANC still loyal to former president Jacob Zuma, operating out the office of the secretary general, with support from old Zuma allies.

Magashule and his supporters have launched a series of proxy battles that defied the ANC NEC’s stance on key issues over the past few months, including backing students protesting over university fees government can’t afford; defying the ANC’s call to back a vote against public protector Busisiwe Mkhwebane; and rallying to the defence of Zuma, who is openly defying the Constitutional Court and state capture commission.

While the NEC’s resolutions against Magashule and the RET faction have widely been seen as a victory for Ramaphosa within the party – showing he now has majority support – some analysts have warned that the battle is far from over.

Intellidex analyst Peter Attard Montalto highlighted in a note this week that the office of the secretary general is still in charge of the step-aside process.

"One problem will be that the Secretary General’s Office has to process the 'stand aside or be suspended' notice and may simply do nothing under direction from Magashule, "he said.

Overall, it is expected that the secretary general will follow the same path as former president Jacob Zuma, and play victim, Attard Montalto said. This includes canvassing support from sympathetic groups within the party, and hoping to garner enough force at a grass-roots level in the provinces.

Zuma and Magashule have both taken the position that the charges against them have been politically motivated.

Things can still play out in a complex and messy way. We do not see Magashule standing aside voluntarily and instead will see the full 30 days and then be suspended to get the maximum victim status.

"What happens after that is unclear as yet. The unknown here, really, is if he tries to keep turning up to work at Luthuli House to create flashpoints, or if he will want to play the victim in a different way by highlighting he is being prevented from going to work. This will dictate the outcome in terms of flashpoints," he said.