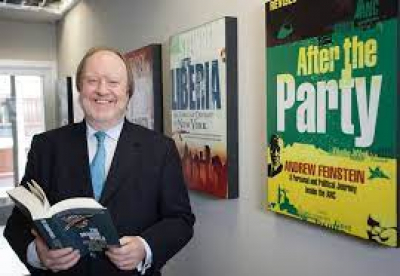 Jonathan Ball, who established the publishing house carrying his name in 1976, has died in Cape Town of cancer.

Asked for comment, Ashton said: "Jon hated soundbites. But he will be missed."

Ball rocked the political establishment in 1978 when he published the controversial book The Super-Afrikaners , which exposed the extent to which a secretive organisation influenced South African society.

He was surrounded by his children when he died, just after 15:00 on Saturday.

Jonathan Ball Publishers and News24 are subsidiaries of Media24.

It also publishes fiction and acts as agents for British and American publishers, marketing and distributing books on their behalf in southern Africa.

Examples include the Harry Potter series, The Lord of the Rings and The Hobbit and The Chronicles of Narnia series.