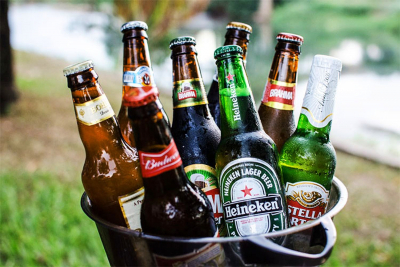 The South African alcohol industry associations have complained about the government's ban on off-site consumption trade over the Easter weekend saying it would once more, cause irreparable damage to the sector.

Sibani Mngadi, chairperson of the South African Liquor Brandowners Association, said the alcohol industry and its value chain had been devastated by three bans over the past 12 months, totalling 19 weeks of lost days of trade.

Mngadi said they had repeatedly stated that any further bans would cause irreversible damage to small- and medium-sized businesses and that they would be unlikely to survive.

"The cumulative impact of the last three alcohol bans led to a loss in sales revenue of R36.3 billion, putting 200 200 jobs at risk in the nation's informal and formal economy, and R29bn in tax revenue loss for the government".

Mngadi said while the decision to keep the on-site consumption trading environment open under the licence conditions and limitations of the curfew was welcomed over Easter, with taverns, bars, restaurants playing a critical part of the tourism business which needed assistance to recover.

We are, however, deeply disappointed with the decision to restrict off-site consumption trade over the weekend and we do not understand the rationale for the decision.

"Our constant call is for government to share the data that they base their decisions on, with the objective of understanding the science behind the decisions so that we can find other ways, in future, to limit the spread of the virus while protecting the livelihoods that are supported by our sector, not just for the Easter Weekend but for all the restrictions placed on industry over the last year. To this end, we have submitted a request in terms of the Promotion of Access to Information Act that the government explain the science behind it. We remain hopeful that the government will share the data with us in due course," he said.

Mngadi said the alcohol industry would continue to help protect the lives and livelihoods of South Africans and had stepped up programmes to promote the responsible consumption of alcohol.

Another organisation that criticised the government’s decision is the Beer Association of South Africa. It’s chief executive officer, Patrica Pillay, said: "This new ban will hit some of our members the hardest, especially those who rely on brewery visits and the resulting off-site consumption trade that takes place over the Easter weekend as people travel down to the coast and other holiday destinations," she said.

"Our members all advocate responsible drinking and encourage visitors to rather take away beers to consume at home rather than consuming and driving onto their end destination."

Pillay said by taking away this trade, craft breweries would be hit hard this weekend and they expected to see a significant decrease in sales and revenue. "This is another blow to a sector that is so desperately still trying to recover from the disastrous restrictions faced over the last 12 months. Craft breweries in South African cannot continue to survive should random bans and strange restrictions be put in place at a moment’s notice," said Pillay.

"We are currently facing problems with very low confidence ratings from financial institutions which these bans are exasperating and which is, in turn, hampering recovery efforts.

"We urge the government to ensure that any future restrictions are based on some scientific evidence and that checks and measures are in place to allow the industry more stability and a better chance to recover."