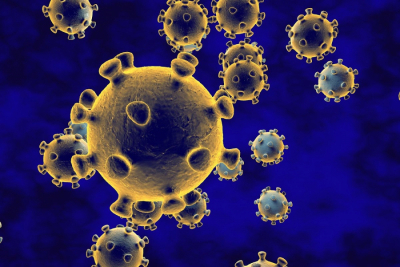 The cumulative total of tests conducted is 9 968 203 with 12 117 tests completed since the last report, Mkhize said.

The number of health care workers vaccinated under the Sisonke Protocol remains 269 102.

Meanwhile Anglican Archbishop Thabo Makgoba used his Easter sermon in Cape Town on Saturday to lob missives against the government for failing to protect the poor during the Covid-19 pandemic and not being able to roll out an effective vaccination plan.

Makgoba who delivered the sermon at St George’s cathedral drew an analogy between the message of Easter from a "shift out of darkness ... characterised by betrayal, denials, death, the brutal display of state power, and the desire of religious authorities to destroy a force that was disruptive for them", and the country’s response to the pandemic amid allegations of rampant corruption and delays in the vaccine rollout.

He said while President Cyril Ramaphosa had announced this week that agreements with pharmaceutical companies were enough to vaccinate about 41 million people, he was sceptical about the scope and reach of the rollout.

Make no mistake: we are a world-class country. Our medical scientists are world-class. Ten years ago, we built world-class soccer stadiums and ran a world-class World Cup. Distributing and administering vaccines is not rocket science: it’s just a matter of getting the logistics right. If humankind can send a spacecraft 470 million kilometres to Mars and gently drop a landing rover onto the planet’s surface, surely South Africans can come up with a co-ordinated plan to collaborate in getting vaccines quickly to every corner of our country?

"But in view of the fragility of some of our health infrastructure, the president will understand if I am sceptical of how quickly the rollout will progress. Those covered by the private health-care industry and on medical aids can feel more confident. But I am worried that, as is often the case, it is the poor and the marginalised who will suffer."

He said globally, vaccine nationalism was impacting the most vulnerable in society.

Twitter
More in this category: « MEC Panyaza Lesufi denies reports of a 'secret tender meeting. Zuma accuses the ANC's top six of conspiring to see him in jail. »
back to top