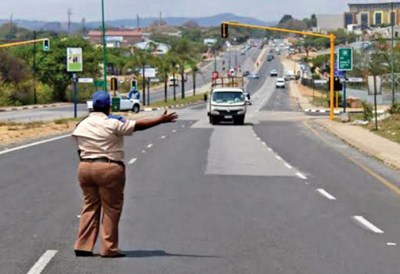 Gauteng community safety MEC Faith Mazibuko warned that more Covid-19 infections could be expected as hundreds of people partied the night away in Soweto and  broke lockdown regulations.

Mazibuko was at a police operation in Diepkloof, Soweto, on Saturday evening to enforce adjusted level 1 lockdown regulations.

Police dispersed a number of gatherings where people did not observe social distancing and where few masks could be seen at packed venues that spilt over into the streets.

Police were also looking for liquor outlets not complying with regulations and street parties.

She said people were supposed to be wearing masks and not sharing things.

"Others are walking without masks, lots and lots of gatherings, street bashes. People are carrying cooler boxes, sitting on the pavements, cars blocking the road," Mazibuko said.

Acting provincial commissioner of police in Gauteng, Maj-Gen Tommy Mthombeni was also at the police operation, and said police had arrested not less than seven people for driving under the influence of liquor on Saturday.

Meanwhile major routes and freeways leading to Gauteng are expected to be heavily congested by huge traffic volumes as many go back to the province to resume with their economic activities.

Despite the heightened law enforcement activities which are carried out across the province, the province recorded several fatal crashes resulting in many loss of lives ever since the Easter weekend commenced.

According to the preliminary information, about 30 road users have already lost their lives on Gauteng roads this Easter weekend alone. Most of these fatalities were as a result of drunk driving, unsafe overtaking, driving on excessive speed, passenger overloading and pedestrian’s jay walking on major freeways.

Driving under the influence of alcohol significantly contributes to a rise in road fatalities as already more than forty (40) drivers have been arrested so far in Gauteng with the majority perpetrators apprehended in Carletonville, Westrand.

Twitter
More in this category: « At least 76 killed by the tropical cyclone in Indonesia. Mmusi Maimane responds to Tony Leon's 'experiment' remarks. »
back to top