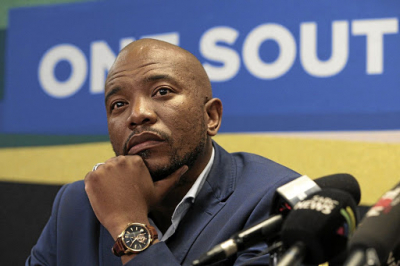 Mmusi Maimane has hit back at former DA leader Tony Leon for saying at the weekend that he was "an experiment that went wrong".

Maimane said he was described as such because he did not vote for the 'fight back' campaign waged by Leon in the elections a few years ago.

Leon caused a stir on Saturday after an interview he gave to News24, covering among others his new book Future Tense, surfaced, quoting him a saying Maimane was "an experiment that went wrong".

The interview sparked a difference of opinion and outrage in some quarters.

Leon has since defended himself, saying the quote was a line out of an interview that was not published in full.

He maintained that Maimane was never committed to the ideals of the DA before he joined and that he was appointed the opposition leader on the day he arrived in Parliament.

Maimane said that the journey to a non-racial South Africa was going to be long and hard because there were people who kept referring to others as experiments.

You need to strengthen your resolve if you are going to one day build a country where my kid, who happens to be of mixed race, ... will be able to stand up in a country and be identified by their character.”

He described Leon’s statement as falling within the 'fight back’ campaign that Leon championed when he was the party’s leader.

"That campaign was built on the consolidation of minorities and so when I went into the DA and said 'you can’t consolidate minorities, you need to reach out to black South African and build a party that works for all".

"It seems that what is happening now. The primary interest is that it is Fight Back 2.0, to put it that way."

Maimane also said that as the new DA leadership has come back, the resolve to pursue a new South Africa for all was long gone.

"The belief that others are an experiment is prevalent. You can see even the outlook that the organisation has taken is certainly the one that is not pursuing all South Africans. It is consolidating and ultimately, I think, that is where Tony Leon is playing a crucial role," he said.

Maimane also said Leon’s description of him "says more about him than it says about me".

Twitter
More in this category: « Gauteng Traffic Police to intensify road safety operations as the Easter weekend ends. Mbalula says fixing all the potholes would be an impossible task. »
back to top