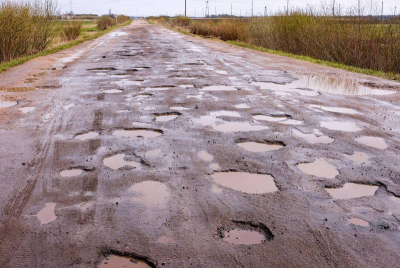 Transport minister Fikile Mbalula was recently asked about the costs involved in maintaining the country’s roads, and how much it will cost to eliminate every pothole in South Africa.

Responding in a recent written parliamentary Q&A, Mbalula said that the funding required to sustain the South African road network through pothole repairs is estimated at R700 to R1,500/per square meter.

However, Mbalula said that completely removing potholes in the country would be an almost impossible task.

It is difficult to eradicate potholes on the road network as the emergence of new potholes depends entirely on the extent and nature of rainfall in that month or year.

"It is important to note that the road maintenance funding allocated from the national fiscus is not sufficient to maintain the road network in the three spheres of government as there are competing needs to all sectors."

Mbalula said that most of the country’s provincial road network has reached its design life of 25 years and were never designed for the current increased traffic volumes and traffic configuration.

"With that said, my department ensures that roads are properly maintained through the Provincial Road Maintenance Grant (PRMG).

"The PRMG is ringfenced for the maintenance of the Provincial Strategic Road Network including rehabilitation, strengthening of paved roads, re-gravelling, gravel road blading and blacktop patching."

Mbalula said that the PRMG sets aside just over R12 billion per annum to all provinces.

Another impossible task may be establishing the number of potholes on South Africa’s roads. According to the latest National Treasury documents the South African road network comprises some 754,600 km of roads and streets.

While its impossible to estimate how much of the country’s roads are taken up by potholes, an Africacheck story from November 2020 stated that there could be as many as 100,000 potholes in Johannesburg alone.

It cited data from the Johannesburg Roads Agency which received reports of 4,972 potholes from 1 July 2019 to 30 June 2020. These reports came from a hotline, JRA staff and inspectors, and others.

The agency set itself the target of repairing 140,732 potholes during this period. But it said it succeeded in repairing only 46,981 potholes.

However, this figure does not tally with the figures reported for each quarter. When the quarterly figures are added, they total 87,015 potholes. The agency said its integrated annual report was currently being audited and would include an accurate figure.

Despite the discrepancy, the agency’s targets make it clear that there are more than 48,000 potholes across Johannesburg. The municipality’s 2019/20 integrated development plan review estimated that there were 100,000.