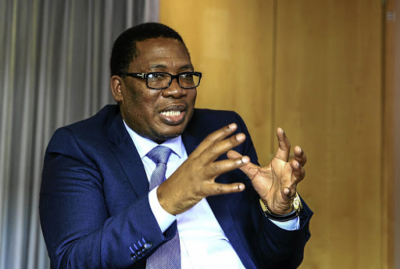 The ANC in Gauteng has come out in defence of Education MEC Panyaza Lesufi, denying there was a "secret meeting" that took place in which allegations have been made he attempted to meddle in the department’s tender.

City Press reported that the MEC had been recorded in a meeting appearing to promise to fix tender issues experienced by certain people.

But Gauteng ANC spokesperson Bones Modise questioned how could a meeting be secret when it was a community meeting held in the office of a school.

"There was no such thing as a secret meeting," Modise said.

In a statement issued on Sunday afternoon, Lesufi said forces were at play in an apparent attempt to tarnish his image.

"I am fully aware that there are forces at play who want to assassinate my character for political expediency. Unfortunately in a democratic society, the accuser doesn’t have to prove their allegations but the accused must prove their innocence.

"I have no control over these faceless elements, but I will not be deterred to continue with my work to ensure quality education for all is realised." Lesufi said.

Lesufi's office said there was no "secret meeting" and the MEC was invited by SANCO as part of a community meeting. His office said the community of Soshanguve had grown concerned after a school had gone months without electricity because of a tender dispute.

"Local contractors stopped the project to repair the electricity problem and demanded that they be appointed to carry out the work at the school. The same (local) contractors further stopped Bidvest to clean schools around the area, which was a donation.

"At the community meeting, attended by School Governing Bodies (SGB’s), Learner Formations, Business Forums, School Principals and community formations such as CPF’s, the MEC explained how contracts were advertised and adjudicated in government in general. For the record, this meeting took place in May 2020.

It was after this meeting that the electricity of the school was restored and the repairs were allowed to proceed. Based on the above, the allegation that this was a secret meeting is baseless and unfounded," Lesufi's office said.

Gauteng Premier David Makhura’s office said it did not have any comments at this stage as they found Lesufi’s statement to be sufficient.

Twitter
More in this category: « Mbalula says fixing all the potholes would be an impossible task. KZN’s first premier Frank Mdlalose granted a state official funeral. »
back to top