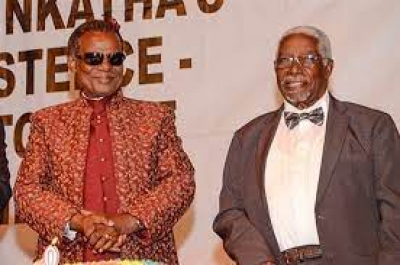 The announcement of the state funeral was made on Monday by current provincial premier Sihle Zikalala after he led a delegation to mourn Mdlalose’s passing at his Newcastle home.

The 89-year-old Mdlalose succumbed to Covid-19 on Saturday. At the time of his passing, he had retired from politics.

Mdlalose’s political career took him first to the ANC (before the Inkatha Freedom Party, which he joined in 1979, was formed with the blessing of ANC leaders) and later the DA.

After the historic 1994 elections, the IFP assigned him to be premier and he had to work with ANC MECs as the interim constitution required that, for national unity purposes, all major parties with sizeable seats be represented in national and provincial government.

Among the MECs he worked with was Jacob Zuma, who was serving as MEC for economic development.

Speaking to the media after visiting the Mdlalose family in Madadeni township in Newcastle, northern KZN, Zikalala said President Cyril Ramaphosa had agreed to the provincial government’s request for a state funeral.

The date and venue of the funeral are not yet known.

Twitter
More in this category: « Gauteng ANC defends Lesufi denying there was a "secret tender meeting". Novavax starts allowing participants on placebo to get COVID-19 vaccine in trials. »
back to top