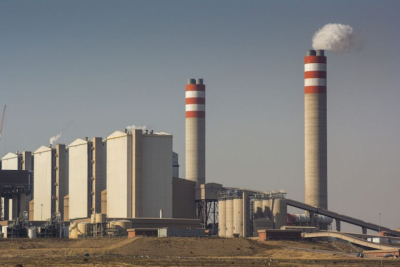 Liquefied Petroleum Gas (LPG) is typically is a mixture of hydrocarbon gases including propane, butane and pentane. It is most often used in heating appliances and cooking equipment, but can also be used as a fuel for vehicles.

"Power shortfalls in recent years have also emphasised the need for South Africa to diversify its energy mix and, in so doing, reduce heavy dependence on electricity, especially for cooking and space heating.

The LPG industry in South Africa can provide a quick and effective solution to household’s thermal requirements, "Mantashe said.

However, for this industry to provide these benefits there needs to be a change in the current LPG industry structure, the strategy states. This includes issues around production, importation., distribution, wholesaling and retailing.

The strategy aims to achieve this by further regulating the use of LPG in South Africa and incentivising the use of the gas for household use.

Mantashe said that South Africa’s electricity power shortfalls recent price increases highlight the need to diversify the country’s energy mix and to alleviate the load on the electricity grid.

However, he noted that local production of LPG by all South African refineries is inadequate to meet local demand, and that this shortfall is currently being met by imports.

The minister said that there are also 'socio-economic impediments' to the introduction of LPG in some communities.

He said that the rollout strategy seeks to provide a framework for the expansion of the use of LPG in South Africa, with a special emphasis on the household sector.

It identifies strategic options that the government can adopt in making LPG an energy carrier of choice for thermal applications, as well as the orderly development of the LPG market in South Africa, he said.

As the number of people with access to electricity increased, the demand for electrical energy started to increase and this led to power shortfalls that emphasised the need for South Africa to diversify its energy mix and in so doing, reduce heavy dependence on electrical energy, especially for cooking and space heating.

"It is within this context that LPG has been identified as the most appropriate, efficient and effective fuel for household thermal needs and thus also contributing in addressing the shortfall mentioned above."

The new strategy comes after South Africa was hit by the worst year of load shedding on record in 2020.

Twitter
More in this category: « Novavax starts allowing participants on placebo to get COVID-19 vaccine in trials. Livestream: ANC commemorates Solomon Mahlangu. »
back to top