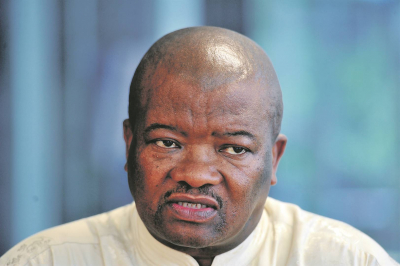 UDM leader Bantu Holomisa has called for a unity government to run the country amid the ruling ANC’s infighting.

Holomisa’s statement comes after reports claiming ANC secretary-general Ace Magashule's supporters are planning a shutdown in response to the ANC national executive committee’s (NEC’s) decision that corruption-accused members must step aside within 30 days or face suspension.

Umkhonto weSizwe spokesperson Carl Niehaus has since denied the reports as a "malicious propaganda campaign" meant to "create an environment for undemocratic repression".

But while ANC members are still debating the party’s resolution, Holomisa says the country should come up with a Plan B to avoid a total standstill should the shutdown happen.

In an interview with Newsroom Afrika on Monday, Holomisa suggested the ruling party hand over power to the Constitutional Court to manage the hand over of duties to an interim government.

Among other duties, the interim government would implement the findings of the Commission of Inquiry into Allegations of State Capture, he said.

This is because the ANC would never self-correct, Holomisa said.

"This implosion is going to affect us all," said Holomisa.

"An interim government might save us from the comrades in corruption.

"They were not elected to loot the resources of the state – which is the reason for the current turmoil.

"We have witnessed how the lack of discipline has affected service delivery on the ground because the ANC is having their own problems. Unfortunately these problems tend to permeate other sectors of our society including the running of the state.

"Forget that ANC will self correct, we still have the commission that is going to publish its findings. If we had an interim government it would be tasked, among other things, with implementing the findings of that commission. It cannot be implemented by the present leadership of the ANC because I daresay the chances are that all of them at the executive level might be affected," he said.

Holomisa says the executive arm of the party has messed up the government and must leave.

Twitter
More in this category: « Unions gear up for wage battle as they threaten to embark on mass action. SABC Economics Editor, Thandeka Gqubule-Mbeki charged with misconduct. »
back to top