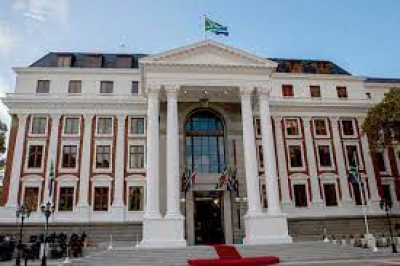 The opposition Democratic Alliance has announced its plans to introduce the Public Administration Laws General Amendment Bill as a private member’s bill in parliament.

The bill is a direct response to testimonies given in the state capture commission of inquiry into state capture, during which a number of corruption allegations have been made against senior government officials.

The DA said that the allegations point to the fact that the line of separation between party and state has effectively been erased, forming a "foundation of state capture and systemic corruption in South Africa".

"As a result of this political interference, which results in the appointment of public servants and other officials on the basis of political loyalty rather than on the basis of demonstrated merit, South Africa’s public service is collapsing under the weight of corruption and a lack of skills.

"Governance failures and widespread corruption, including in the form of systemic state capture, also occupy a central place in our country’s public discourse."

To combat this, the party’s proposed bill aims to fundamentally reform the way in which public servants are appointed to the state.

"By outlawing the practice of public servants simultaneously holding positions of authority in political parties, and by making the requirement for merit-based appointments legally enforceable, the bill will allow the state to rebuild wall of separation that should exist between party and state, brick by brick," it said.

The only exception to this provision would be members of the political executive, including Ministers, MECs and councillors, as well as the small group of political advisers they are allowed to appoint.

To further promote the need for merit-based appointments, the bill also requires the Public Service Commission to enforce the requirement for every state department to appoint officials strictly on the basis of merit.

The bill further proposes that any person who is found by the commission to have violated this requirement – by failing to appoint the most meritorious person for a particular position – will go to jail.