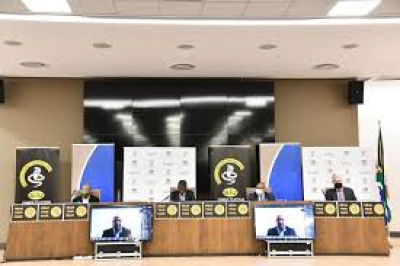 The Special Investigating Unit (SIU) has launched three probes relating to allegations of corruption and maladministration in Gauteng Enterprise Propeller, Unemployment Insurance Fund (UIF) and eThekwini Metropolitan Municipality in an effort to recover any losses suffered by the State.

This comes after President Cyril Ramaphosa signed proclamations authorising the SIU to unleash all its legislative powers to subpoena bank statement and cellphone records, search and seize evidence, and interrogate witnesses under oath in a quest to hold those responsible to account for their actions.

The investigation into the Gauteng Enterprise Propeller, an agency of the Gauteng Provincial Government, will focus on the procurement or contracting of goods and payments made in relation to tender number GEP02/MRK- Township Entrepreneur Awards. The awards ceremony took place in 2017.

The SIU will also investigate any unlawful or improper conduct by employees of the Agency, suppliers and any other person or entity in relation to the above mentioned transactions.

The UIF investigation will focus squarely on the payments of COVID-19 Temporary Employee/Employer Relief Scheme (TERS) benefits to people who were not entitled to receive such payments or submitted false, irregular, invalid or defective application to the UIF, including the causes of such maladministration.

The investigation will look at payments that dates back to 1 March 2020 and 1 April 2021 or that took place after 01 April but relevant to, connected with or involve same people, entities or contracts being investigated.

"The SIU investigated TERS payments under secondment agreement with the Department of Labour, which had since expired. The investigation uncovered a number of irregularities in the TERS payments, which prompted the corruption busting Unit to apply for a proclamation. The SIU will now use all its legislative powers to get to the bottom of TERS payments and hold those responsible to account," said the Unit.

The eThekwini Municipality investigation will probe maladministration in the affairs of the council in respect of the alienation by or on behalf of the Municipality of immovable property for the provision of housing through the city’s Human Settlements Infill Housing Programme, which alienation was contrary to manuals, policies or practices.

The SIU said the investigation will also focus on the transfer or sale of vacant properties by developers appointed by the Municipality for purpose of its Human Settlements Infill Housing Programme in breach of the developers’ contractual obligations; and contrary to the objectives of the Municipality’s housing programme.

Furthermore, the SIU will investigate all payments made by the Municipality in respect of the allegations stipulated above in a manner that is not fair, competitive, transparent, equitable or cost effective.

"The investigations will focus on transactions that took place between 12 October 2012 and 1 April 2021 or prior to October 2012 and after 1 April but relevant to, connected with people, entities or contracts that are being investigated," reads the statement.

Twitter
More in this category: « Department of Health working on a revised strategy for Covid-19 vaccine rollout - Mkhize. South Africa likely to benefit from a massive new IMF deal. »
back to top