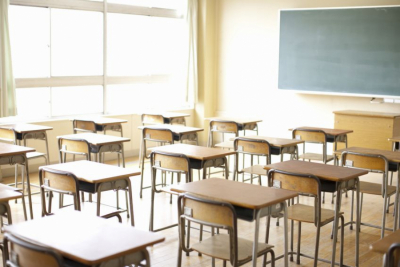 Basic Education minister Angie Motshekga says that the national teacher vacancy rate as of the end of February 2021 stood at 5.8%.

Responding in a written parliamentary Q&A, Motshekga said that the vacancy rate reported is in terms of the actual vacancies at schools in relation to posts that each school was allocated for 2021.

"Provincial Education Departments are currently redeploying educators that are additional to the allocated post establishments at some schools to schools that have vacancies," she said.

Once this process has been finalised and the residual vacant posts have been filled through appointment of educators from outside the system the actual number of vacancies will be lower than the current rate."

Data provided by Motshekga shows that the highest number of vacancies have been reported in Limpopo (9.2%), followed by Mpumalanga (6.1%).

National Treasury and teachers unions have both warned of teacher shortages and increasing class sizes in South Africa.

In a presentation submitted to parliament on 3 March, the South African Teachers’ Union (SAOU) said that the reduction in teachers will primarily be driven by lower than expected compensation and natural attrition.

The February national budget, published last week, provides that funding for education in the country will rise from R387.2 billion in 2020/21 to R416 billion in 2023/24.

While it sounds impressive to announce that the budget will grow by R28.9 billion, this means that the budget only grows with an average of 1.88% per annum," the SAOU said.

"It needs to be born in mind that education is a labour-intensive activity. Therefore, 51.2% is not excessive."

Low compensation growth of 0.8% over the medium-term expenditure framework period, combined with early retirements, will reduce the number of available teachers, Treasury said in its budget review.

It warned that this, coupled with a rising number of learners, implies larger class sizes, especially in no-fee schools, which is expected to negatively affect learning outcomes.

Twitter
More in this category: « Africa should develop, manufacture and distribute its own vaccines. Busisiwe Mkhwebane's bid to appeal judgment on Ivan Pillay pension fails. »
back to top