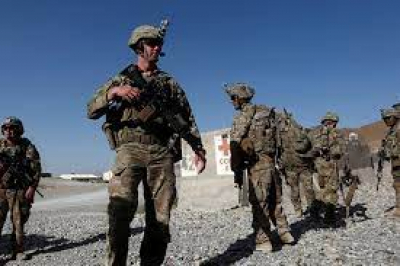 Australia will withdraw its remaining 80 military personnel in Afghanistan, Prime Minister Scott Morrison said on Thursday, after the United States announced it would pull out from the country to end its longest war.

"In line with the United States and other allies and partners, the last remaining Australian troops will depart Afghanistan in September 2021," Morrison told reporters in Perth.

On Wednesday, President Joe Biden said the United States would withdraw its 2,500 troops from Afghanistan by Sept. 11, exactly 20 years after the al Qaeda attacks that triggered the war.

Britain has said that it will also withdraw nearly all its 750 military personnel, who would struggle without U.S. support because of the reliance on U.S. bases and infrastructure.

In a teary moment, Morrison read out the names of the 41 Australian soldiers who died since 2001 in the conflict in which more than 39,000 Australian defence force personnel were deployed.

"While our military contribution will reduce, we will continue to support the stability of Afghanistan through our bilateral partnership and in concert with our other nations," Morrison said.

Australia remains committed to helping Afghanistan preserve the gains of the last 20 years, particularly for women and girls," he added.

The withdrawal comes as the Afghan government and the Taliban have been holding talks to try to reach a political settlement to end decades of conflict.

But progress slowed as the new Biden administration in Washington reviewed its plans for the peace process, including whether to entirely withdraw troops by May as originally planned.

NATO Secretary General Jens Stoltenberg said the alliance’s full withdrawal would be completed "in months," but did not mention the September 11 anniversary. Australia’s military legacy in Afghanistan has been tarnished in recent years with allegations of war crimes.

Twitter
More in this category: « Non-refundable downpayments among onerous vaccine terms - Mkhize. Livestream: Land reform in the spotlight at state capture inquiry. »
back to top