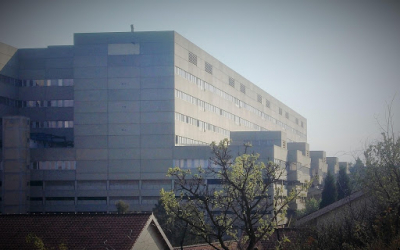 A fire broke out at Charlotte Maxeke Academic Hospital’s store room on Friday morning and it’s cause is still being investigated.

According to the Gauteng Department of Health’s Kwara Kekana, the fire started at the Hospital’s Special Dispensary Stores around 11.30am.

"The department wishes to assure the public that the fire that broke out today at Charlotte Maxeke Johannesburg Academic has been contained and no casualties have been reported. The fire broke out around 11.30am.

"Fire fighters are on site and, all staff in areas near the fire were evacuated. Hospital clinical services have not been affected. The cause of the fire is not yet known,” she said.

Kekana explained that the Special Dispensary Store was used for storing all dry surgical and medical items. These items include gloves, PPE and catheters amongst others, she said.

"The Department will share more details as they become available."

The cause of the fire is unknown, and no injuries have been reported.

In February this year, a fire that broke out at the Carletonville Hospital and destroyed personal protective equipment (PPE) and other medical equipment estimated to be worth over R23m stored at the facility’s storeroom.

Twitter
More in this category: « SACE launches handbook on safety and security for teachers. Prince Phillip's Funeral - What to expect at the funeral. »
back to top