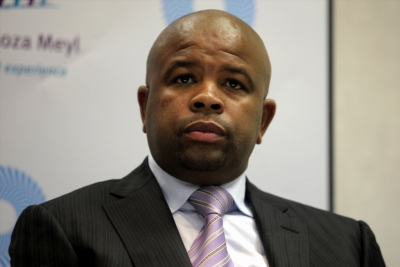 "The Guptas tried to manipulate our rolling stock programme and I stopped them. I fought with them," said Montana.

Montana said the Guptas were hopeful that their proximity to Zuma would earn them favours but he refused to protect the then-president.

On his dismissal, Montana said I knew it was coming when he was told in March 2014 that a new board would be brought in at Prasa, after he had refused to accept the awarding of a contract.

For the time he was Prasa boss, Montana disputed that irregular expenditure reached  R14bn.Instead, he blamed former Prasa board chairperson Popo Molefe for "playing politics" and allegedly making it a point that the company did not submit supporting documents to the auditor-general for certain transactions, leading to such expenditure being classified as irregular.

Montana said Prasa had unqualified audit opinions for all the years he was at the helm of the company.

He said the highest irregular expenditure under his tenure was R100m."This R500m was cooked to justify appointing Werksmans, irregularly so, so that they could have work," said Montana.

Montana added that he knew Siyaya and Swifambo director Makhensa Mabunda when he worked for the Department of Public Enterprises before he went into private business.

Mabunda’s companies scored billions of rands in tenders to supply locomotives and signalling and investigators said he got more money than the company that supplied the services.

Siyaya Consulting Engineers scored more than R5.8 billion in Prasa signalling deals.Montana testified about the Siyaya contract: "Mr Mabunda was working with a German company and had won a tender and there was a complaint that they got the tender improperly and one of the positive things about that is that it was dismissed due to insufficient evidence."

Twitter
More in this category: « Prince Phillip's Funeral - What to expect at the funeral. Tension manifesting itself in spats between government & J&J,Pfizer Inc. »
back to top