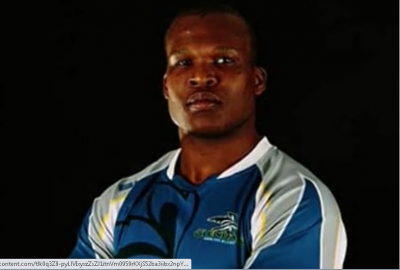 HAWAII police have released body cam footage from the officers who responded to a call out that ended in the death of KwaZulu-Natal rugby player, Lindani Myeni.

In the footage, the first officer on the scene sees a woman crying hysterically and pointing at someone. The officer can be heard asking: "Where you at?" and the woman replies: "He’s stealing the car".

The officers didn’t identify themselves when they approached an unarmed Myeni and pointed a gun at him, ordering him to get down on the ground. A fight ensued and Myeni was tased before several shots were fired at him.

Only after the shooting can an officer be heard calling out "Police!"

The married father of two hailed from KwaZulu-Natal. He moved to Hawaii in January and was married to Lindsay, a US citizen.

In a Facebook post, Lindsay said he had gone for a drive to clear his mind on the evening he was killed. She added that Myeni had a green card interview scheduled for next week.

“I called and he said he was on his way home at 19:52. By 20:10 cops had shot him four times. How can you justify that?! What happened in 18 MINUTES?? What do I tell my babies when they cry for him???? He has my heart. I will never find a perfect love like him. He was indescribable. He’s grown into a noble man. Righteous but not self-righteous. Loving and wise. He was too good for this broken world. He was born at Queen Nandi hospital [in KwaZulu-Natal] and passed at Queen Emma’s hospital,” she wrote.

Hawaii News Now reported that in a news conference Friday afternoon, acting deputy Chief Allan Nagata vigorously defended the officers and said they did everything right.

"They told him to get on the ground and comply. They were in uniform and gave clear instructions. Although it’s dark, it’s pretty clear. As an officer with 30 years experience ... I’m glad they survived. They did very well and they were very brave," he said.

The officers sustained injuries during the scuffle.