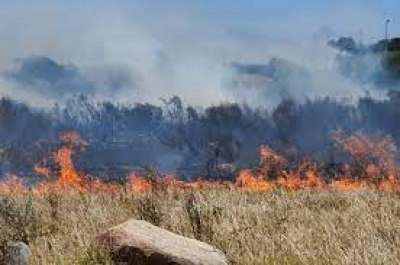 All University of Cape Town (UCT) students have been evacuated by emergency support staff as the fire spreads to campus.

This after a fire that broke out at Rhodes Memorial restaurant in the Table Mountain National Park (TMNP) on Sunday.

The university said on Sunday afternoon that all students had been taken to safe locations.

"We will continue to work with and support SANParks and the City of Cape Town to extinguish this fire. Please stay safe first and foremost," said the university.

"We thank all emergency services support staff who have worked with the university, City of Cape Town and San Parks thus far. As soon as more information becomes available we will share it."

According to the City of Cape Town, the city’s fire and rescue service was alerted to a vegetation fire above Philip Kgosana Drive just before 9am.

The fire is currently spreading from Rhodes Memorial toward UCT, said the city.

"A section of the tea room at Rhodes Memorial has been destroyed and people are urged not to enter the area. More resources are currently on their way to assist. These include teams from Working on Fire and Table Mountain National Park. Three choppers are also water bombing."

The city has dispatched at least 60 ground firefighters, with aerial resources including four helicopters and one spotter.

The City's Disaster Risk Management Centre said that they are closely monitoring the fire.

Spokesperson Charlotte Powell said that at this stage, there is no cause to evacuate residents but have urged residents to:

The M3 inbound between Rhodes Drive and Union Avenue is closed to traffic as well as access roads from Woolsack Drive and Princess Ann Ave into the M3.

The M3 outbound is closed at Hospital Bend with traffic being diverted towards the N2.

Twitter
More in this category: « State Capture Commission offices burgled while hearings will continue on Monday with Thandi Modise in the hot seat. Covid-19 Daily Update: SA records 1089 new cases with 25 related deaths. »
back to top