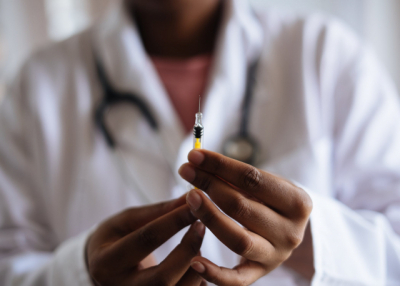 Minister of Health Dr Zweli Mkhize said in a statement that the cumulative number of COVID-19 cases for South Africa is 1 566 769.

The minister added that the cumulative recoveries today stand at 1 490 143, representing a recovery rate of 95%.

Meanwhile the South African Health Products Regulatory Authority (Sahpra) has made recommendations that the suspension of J&J vaccine rollout be lifted subject to conditions.

"These conditions include, but are not limited to, strengthened screening and monitoring of participants who are at high risk of a blood clotting disorder, "the South African Health Products Regulatory Authority (SAHPRA) said on Saturday.

Last week,Mkhize announced that South Africa "voluntarily" suspended its intended rollout of the J&J Covid-19 vaccine, after the United States paused their rollout due to reported blood clots in recipients.

Sahpra said that it has since engaged with the Sisonke Phase 3B Implementation Study team and Janssen Pharmaceutica.

The focus of the engagement was on the safety data reported from the Sisonke study, following administration of the Covid-19 vaccine Janssen, as well as the adverse events reported in the United States of America," reads the regulator’s statement.

Sahpra has since recommended lifting the suspension on the Sisonke study, but says there should be better screening and monitoring of participants at high risk of blood clotting disorders.

Six people in the world have since been reported to have developed a blood clotting disorder after receiving the Johnson & Johnson vaccine.

Sahpra said that in addition, measures are to be implemented to ensure the safe management of any participants who develop vaccine- induced thrombosis and thrombocytopenia (VITT).

Participant information sheets and informed consent forms will be updated to include the newly identified adverse events.

"Participants in the Sisonke study will be informed about the possible risks of developing a blood clotting disorder after vaccination. They will also be advised to seek immediate medical assistance if they develop early signs and symptoms associated with blood clots or low platelet counts.

"The study team will submit the required updated documents, procedures and study arrangements to SAHPRA for approval," reads the statement.

The resumption of the Sisonke Phase 3B Implementation Study will also require approval from the relevant Research Ethics Committees.

A US panel will meet again next week to discuss whether the pause on the use of the vaccine should continue after delaying a vote on the matter earlier this week.

Twitter
More in this category: « UCT students evacuated as fire spreads to campus. Suspected poacher killed by elephants at Kruger National Park. »
back to top