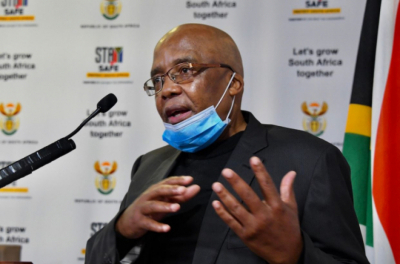 Home Affairs minister Aaron Motsoaledi says that his department is working on a number of changes and improvement for its offices around the country – including extended opening times.

Motsoaledi said that his department is in discussions with worker unions to extend branch working hours. This will include weekend shifts to deal with the growing Home Affairs backlog.

All government have to work a particular amount of hours – they have to work an eight hour day and a 40 hour week – that is the law. One of the things that I am dreaming about is opening on Saturdays – but we are getting a lot of pushback from unions as they say that this should be overtime."

He added that Home Affairs had previously opened on Saturdays a number of years ago and that stopping these extended hours had been a mistake.

Motsoaledi said that the government was also in discussions with the country’s banks to extend services. "Most people who are well-to-do have bank accounts (and) should not come to Home Affairs offices."

"We want to increase the (banking rollout) very fast so that most South Africans can get their ID or passports through the bank."

Other changes on the cards for Home Affairs include:

Motsoaledi said government had resolved to either repatriate refugees in Cape Town or reintegrate them.

He's reiterated that moving them to a third country is not an option.

This comes with news that 41 foreigners have been deported, two years after staging a protest against xenophobia outside the UN Refugee Agency in Cape Town and occupying a church off Greenmarket Square.

Motsoaledi said the UNHCR had discussed two issues - resettlement with communities in and around Cape Town and voluntary repatriation back to countries of origin.