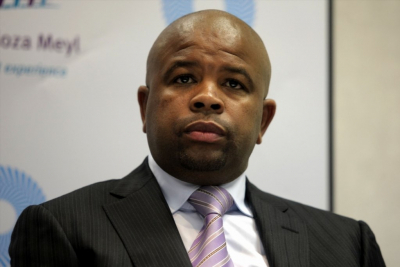 Former Prasa CEO Lucky Montana is expected back in the hot seat at the State Capture Commission.

Montana said his demise was as a result of him standing up to certain unnamed ANC heavyweights, who he accuses of collapsing Prasa.

During Montana's tenure at the Passenger Rail Agency, he claims up to 85 percent of our trains ran.

What he says took Prasa 10 years to build under his leadership, was destroyed in a mere three years.

He says only about 20 percent of trains now run.

Montana told the Commission of Inquiry into Allegations of State Capture that claims of him abusing his powers were "laughable".

This is after commission chairman Raymond Zondo heard last year that Montana allegedly fired Dingiswayo, who did not back an "irregular" tender.

Dingiswayo told the commission that Montana created a parallel structure at Prasa to advance his personal interests and deal with those who stood in his way.

The Prasa official further said there were a number of individuals and service providers who had undue influence at the railway agency, which was a concern and that these individuals included businessmen Roy Moodley and Makhensa Mabunda.

During the proceedings, evidence leader Vas Soni asked Montana about allegations that he abused his powers as CEO of Prasa, which he said was "laughable" and "not based on fact".

Twitter
More in this category: « Home Affairs plans to extend hours and have more branches in banks. Charlotte Maxeke Hospital diverts major services to other healthcare facilities. »
back to top