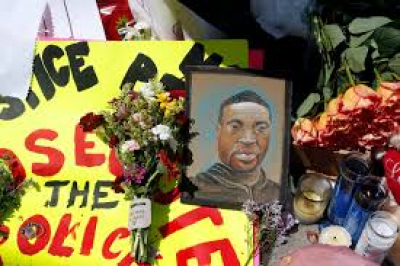 Former Minneapolis Police Officer Derek Chauvin was found guilty of all counts—including two murder charges—by a jury on Tuesday for his role in the death of George Floyd.

During the weeks-long trial, watched by millions across the U.S., prosecutors argued the arrest had unfolded exactly as it appeared in the video captured by a teenage bystander that initially drew the nation’s attention to the case.

The state called in a litany of police use-of-force experts and medical professionals to testify that Chauvin acted unnecessarily when he used his knee to pin Floyd to the ground for more than nine minutes over a counterfeit $20 bill, and that his actions ultimately killed Floyd due to oxygen deprivation.

"Use your common sense. Believe your eyes. What you saw, you saw," prosecutor Steve Schleicher said in closing arguments.

Meanwhile, Chauvin’s defense attorney Eric Nelson appealed to jurors that the case was more complicated than the footage let on, highlighting the minutes leading up to the arrest

Nelson argued Chauvin followed his training in the midst of a "dynamic" and "fluid" situation involving a large man struggling with three officers, and that Floyd instead died of other factors, including drugs and underlying conditions

Witnesses testified in support of both arguments, but the medical examiner who performed Floyd’s autopsy testified that it was ultimately the police restraint that overwhelmed Floyd’s already overburdened heart.

Floyd’s death sparked months of racial justice protests and a global movement that led to changes in many of the U.S.’s biggest police departments

The other three officers involved in Floyd’s arrest—Tou Thao, Thomas Lane and J. Alexander Kueng—are scheduled to stand trial together in August.

They face charges of aiding and abetting second-degree manslaughter and second degree murder.