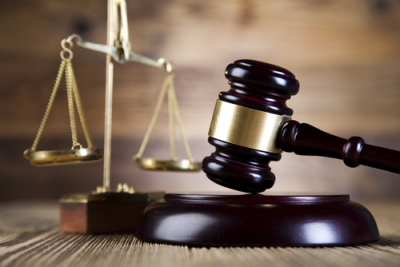 The Judicial Service Commission (JSC) has announced its chosen candidates for six vacancies on the Gauteng High Court Bench.

The names will be referred to President Cyril Ramaphosa for appointment.

Mali was a judge in the Tax Court in Johannesburg before transferring to the Mpumalanga High Court. And now she wants a transfer back to Gauteng.

During her interview, she was asked why she wanted to return when the Mpumalanga High Court was still in its infancy.

She noted a number of judges were from Gauteng, where "we are all cooked".

The JSC also interviewed Malindi, who has acted in the High Court, on Monday.

While he is well-known within political circles, Malindi said his presence had been welcomed by the leaders of the courts where he had acted.

Manoim was also in the hot seat on Monday.

He told the commission that not delivering judgment on time "is failing to do your job".

The JSC also interviewed Mbongwe who has been an acting judge since 2013. He has twice unsuccessfully interviewed for a position as a judge in the court.

On Tuesday, the JSC interviewed Munzhelele who uses a wheelchair.

Munzhelele told the JSC: "At times, I felt like I should give up because it is very difficult when you are in a wheelchair with the issues of accessibility."

The president of the Supreme Court of Appeal, Justice Mandisa Maya, said she “doubted” enough was being done to provide disabled officials with an environment to perform their work.

"There are very few judicial officers or even staffers with disabilities in the South African court, and I doubt very much that we do enough to provide them with an environment that allows them to perform their work optimally.

"It would appear that we need to do a lot to make our officials with disabilities, not comfortable [but] provide them with an environment to perform their work [the] same," Maya added.

The last candidate who the JSC picked to fill a post in the High Court was Phahlane.

Phahlane first worked as a high school clerk and then a receptionist. For the past 18 years, she has been an advocate in private practice and acted as a judge in Gauteng as well.

During her interview, she told the JSC members she was ready for a permanent position as a High Court judge.

Phahlane said when she started out in an acting role, she was told she needed to be on her toes, adding if one had a responsibility to deliver judgment within three months, they should do so.